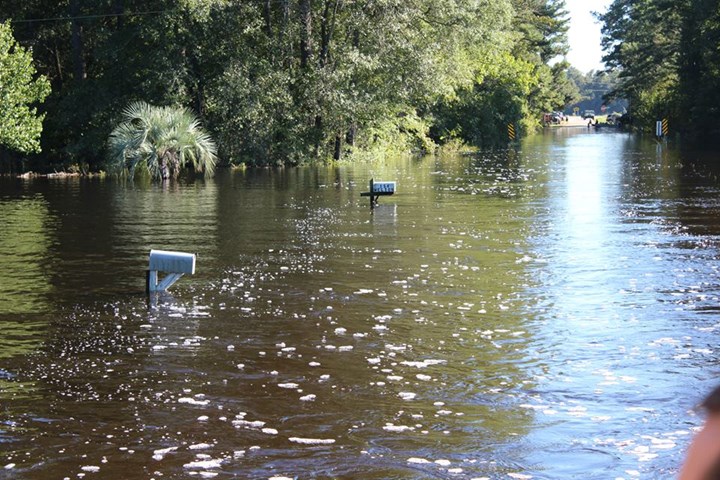 In South Carolina, several variations of flood hazards occur due to the different effects of severe thunderstorms, hurricanes, seasonal rains and other weather-related conditions. The State's low-lying topography, combined with its humid subtropical climate, makes it highly vulnerable to inland or riverine flooding. Riverine flooding occurs when the flow of rainwater runoff is greater than the carrying capacities of the natural drainage systems. The largest riverine flood in South Carolina, based on the area affected, was the 1903 flood. Relentless rains associated with warm moist air and a low-pressure system caused this flood. The textile communities of Clifton and Pacolet were hardest hit. The Pacolet River rose as much as 40 feet in an hour, resulting in the deaths of sixty-five people.

In comparison to riverine flooding, coastal flooding is usually the result of a severe weather system such as a tropical storm or hurricane, which contains an element of high winds. The damaging effects of coastal floods are caused by a combination of storm surge, wind, rain, erosion and battering by debris. In 1999, three tropical systems resulted in over 24 inches of rain in Horry County. The Waccamaw River and tributaries caused significant flooding throughout northeastern South Carolina.

Before a Flood
During a Flood
After a Flood