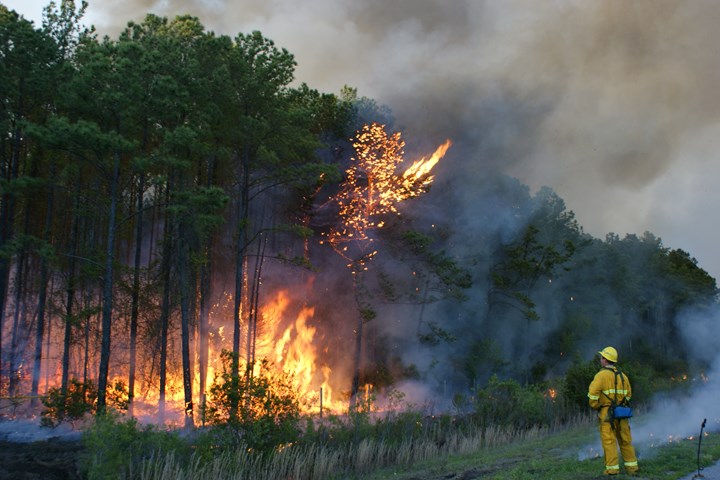 Wildfires are caused by numerous sources ranging from lightning, arson, carelessness by smokers, individuals burning debris or operating equipment which throws sparks to children playing with matches. The largest number of wildfires in South Carolina caused by people are woods arson followed by careless debris burning.

In a typical year, South Carolina responds to over 5,000 wildfires, which burn nearly 30,000 acres. South Carolina's wildfire season usually occurs between late winter and early spring. The largest wildfire ever to occur in South Carolina was in April 1976 when 30,000 acres burned in Horry County. The state's worst 12-month period occurred between July 1980 and June 1981 when 14,405 fires were reported.

If you see a wildfire, call 9-1-1. Don't assume that someone else has already called. Describe the location of the fire, speak slowly and clearly, and answer any questions asked by the dispatcher.

Before the Fire Approaches Your House

Survival in a Vehicle

If You Are Trapped at Home

If Caught in the Open